You are here: Home / Canterbury squads finalised for this weekend's Ōtautahi Cup 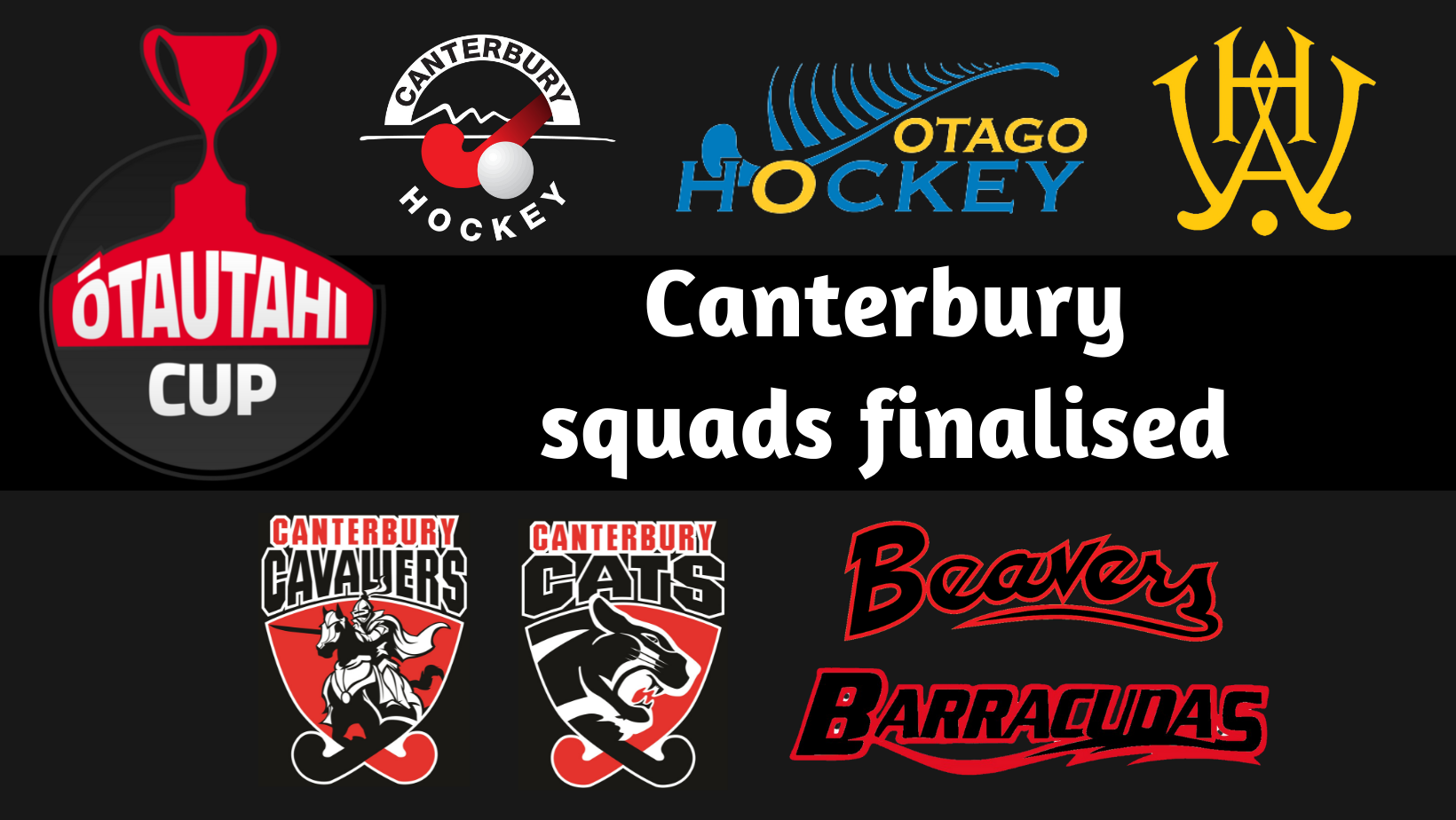 We've finalised our 2021 squads for this weekend's inaugural Ōtautahi Cup at Ngā Puna Wai! You can find these lists (as well as a brief overview of our representative teams, spectator guidelines and also the match schedules) below.

The Motus Health Canterbury Cavaliers team is looking forward to showing off its talent over the weekend. The young side, including six players under the age of 20, aim to play with attacking flair and will seek to create plenty of goals scoring opportunities. After a couple of false starts on preparation, the team has been focussing on moving the ball quickly, using the whole width and depth of field, and working to get plenty of people into the attacking circle.

Tokyo 2020 Olympian David Brydon will be playing his first post-Olympics game. David has been having some downtime post-Olympics and is looking forward to the opportunity play for the Cavaliers.

The team also includes brothers Jo and Charlie Morrison. They will have their debut game for the Cavaliers together on Saturday. Charlie’s also a member of the NZU18 squad. Jo was a member of the Southern Alpiners in the NZ Hockey Premier League and played in the North vs. South Series earlier in the year.

The matches see the return of the experienced Brad Shaw, former Black Stick and Olympian. Brad was part of the first Cavaliers team that Grant Edwards coached back in 2006.

There are also debuts for Felix Rolls and Cam Stefford who have found their way to Canterbury from the Waikato. Felix spent much of the club season recovering from a hamstring injury, making a late run as a part of the HSOB Burnside team that won the Christchurch club competition. Cam joins the team after a hot run of goal scoring on the Christchurch club competition. 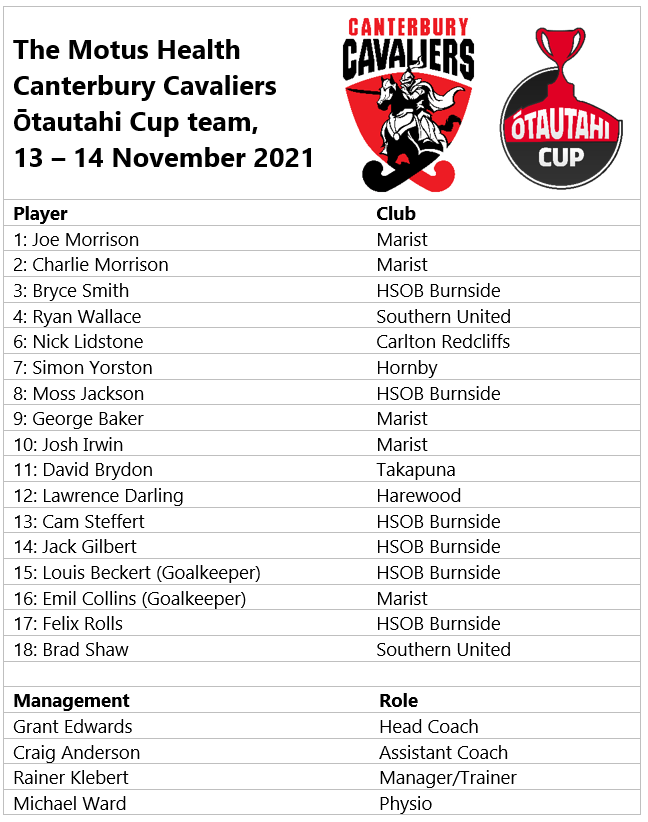 With the cancellation of this year’s National Championship Tournament, the Canterbury Cats team’s excited about the challenge of playing in the Ōtautahi Cup. The team is a mix of youth and experience and includes 10 players who competed in the Premier Hockey League last year.

Based on a solid defensive unit led by the experienced Jacqui Moorfield and Georgie McKay-Stewart, the Cats will be looking for opportunities to set up an explosive attacking unit including Jessie Anderson. Hayley Cox and Catherine Tinning will captain the side.

The side has plenty of goal scoring potential and will look to Bella Ambrosius, Charlotte Lee, Breana Catley and Emily Wium to carry on their excellent form during the local club season.

The team includes several players debuting for the Cats including Tessa Reid, a Year 13 at Rangi Ruru and member of the NZU18 squad.

Head Coach Chris Leslie is under no illusions about the ability of the other teams competing. Both Otago and Wellington have several Black Sticks squad members and will have a huge impact in their team’s performances. This will be a very competitive tournament. 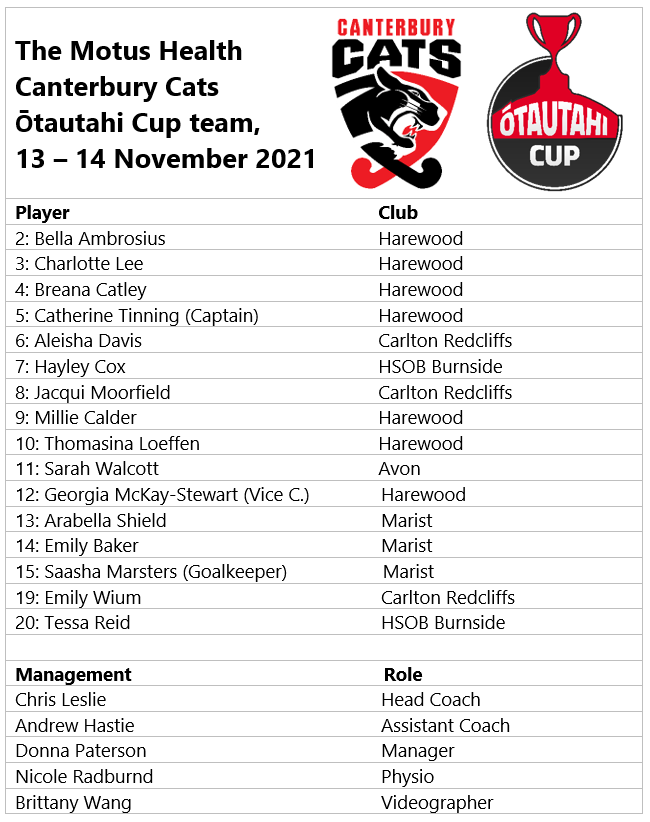 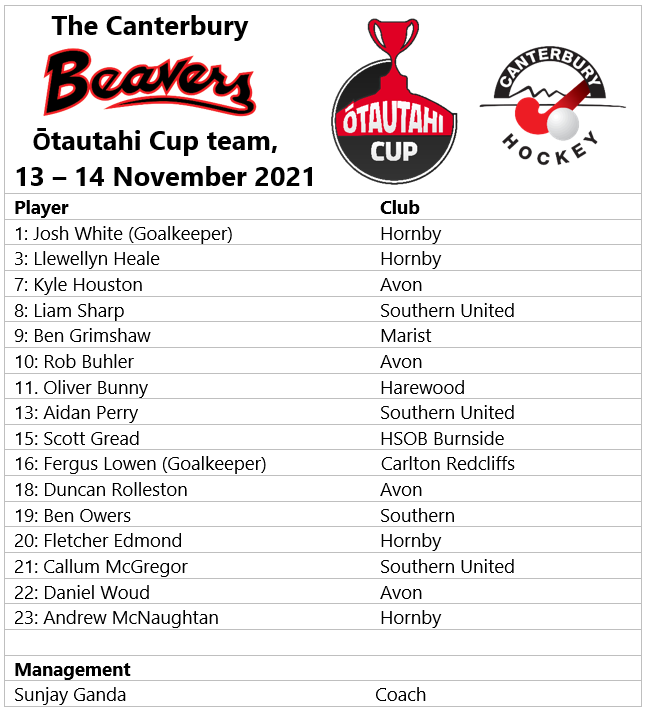 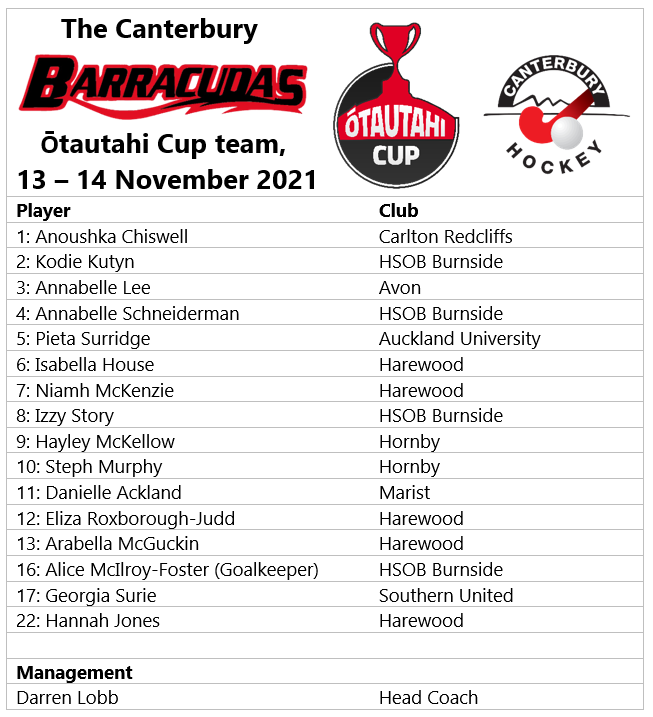 We’re happy to advise all spectators are welcome at Ngā Puna Wai this weekend to support your team! The onsite café will also be open.

Spectators are still required to follow Government advice and these three key points:

- Wear a mask (encouraged but not compulsory) 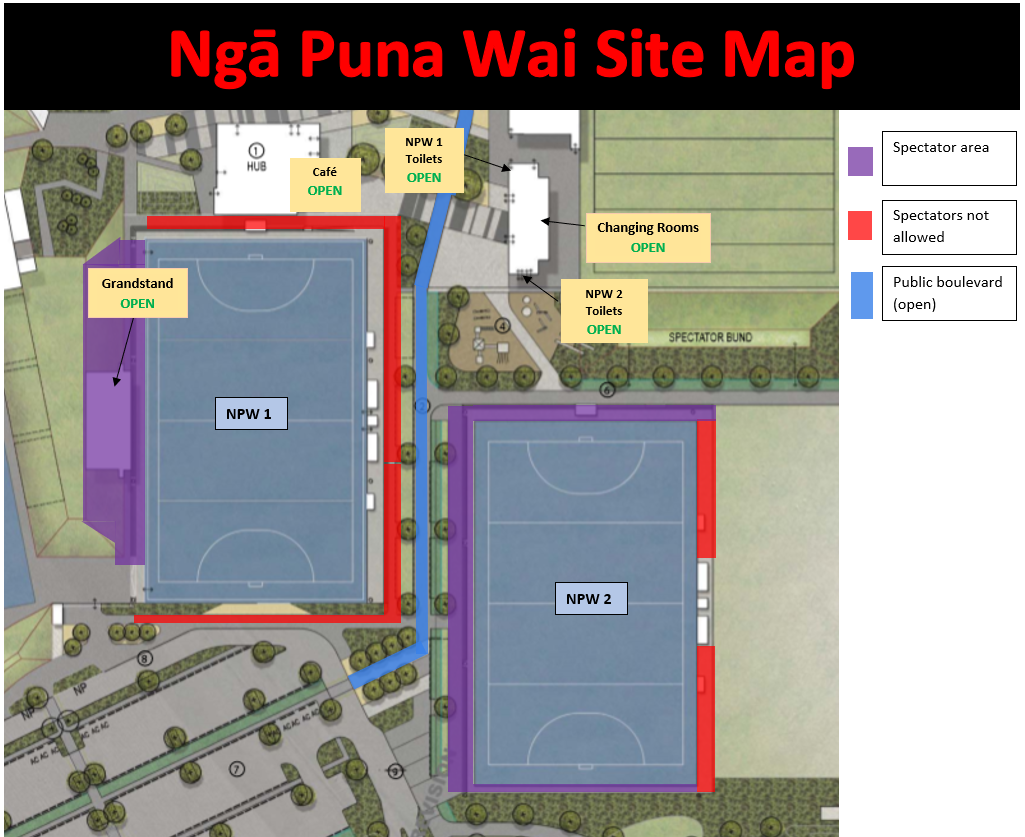 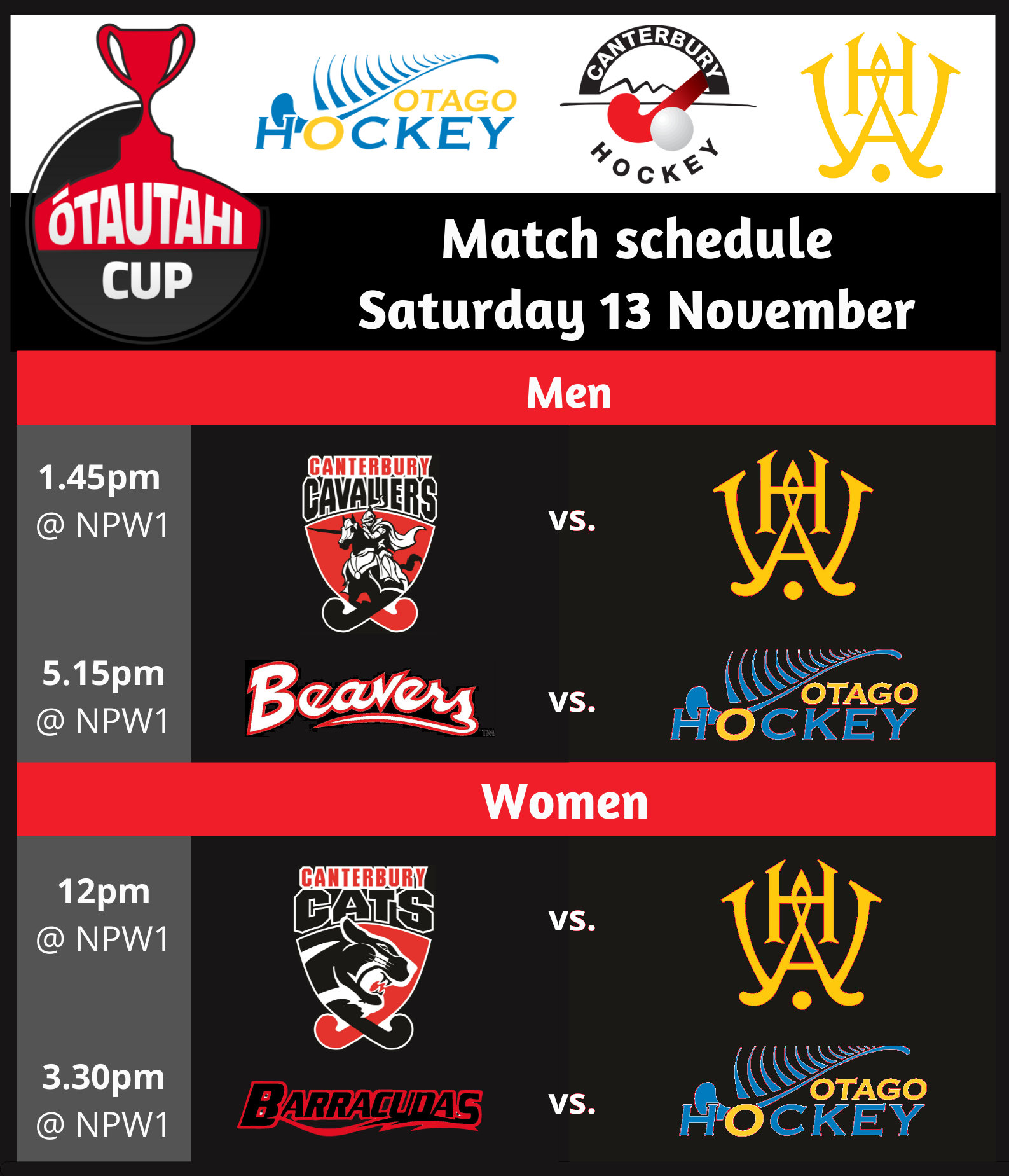 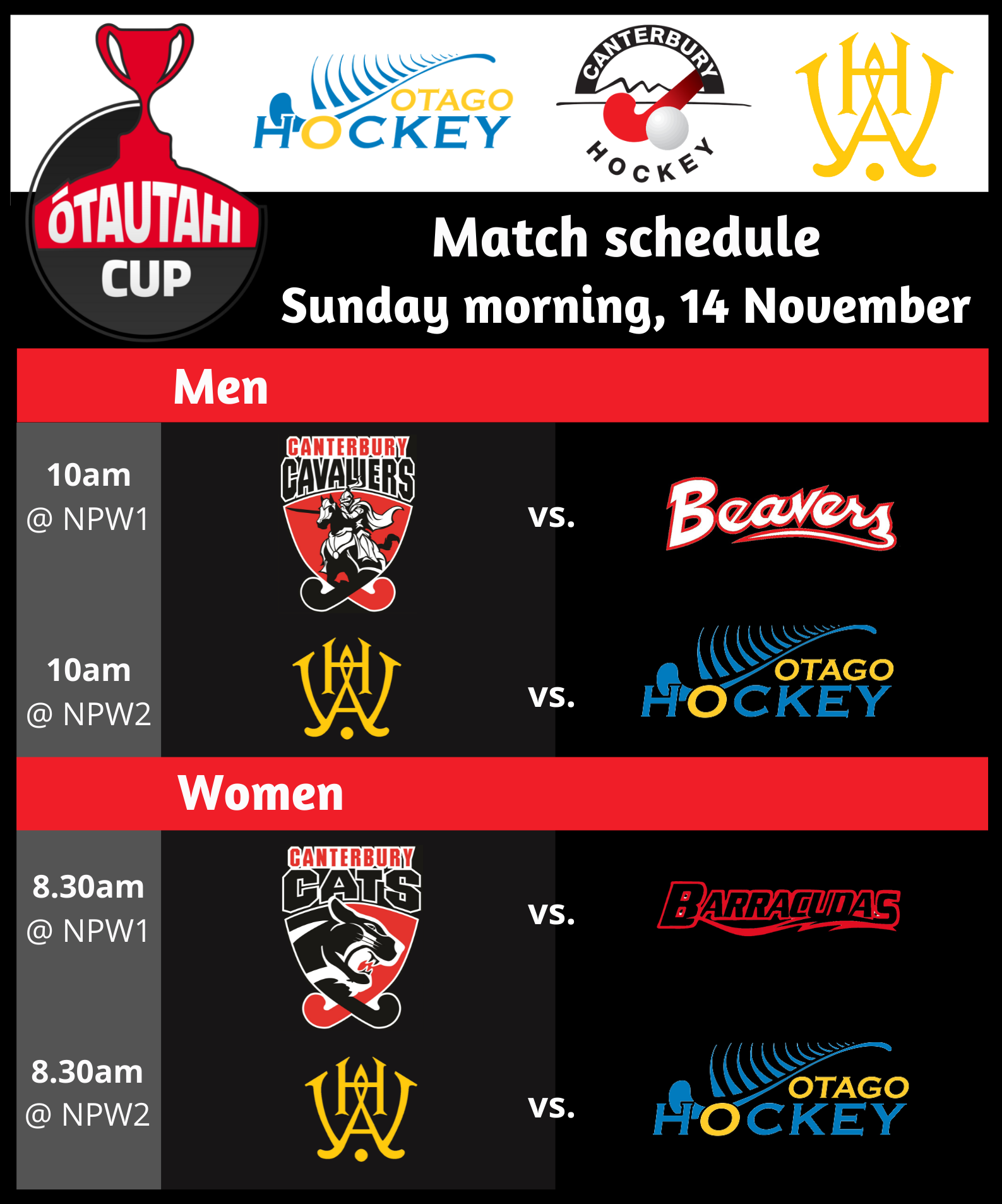 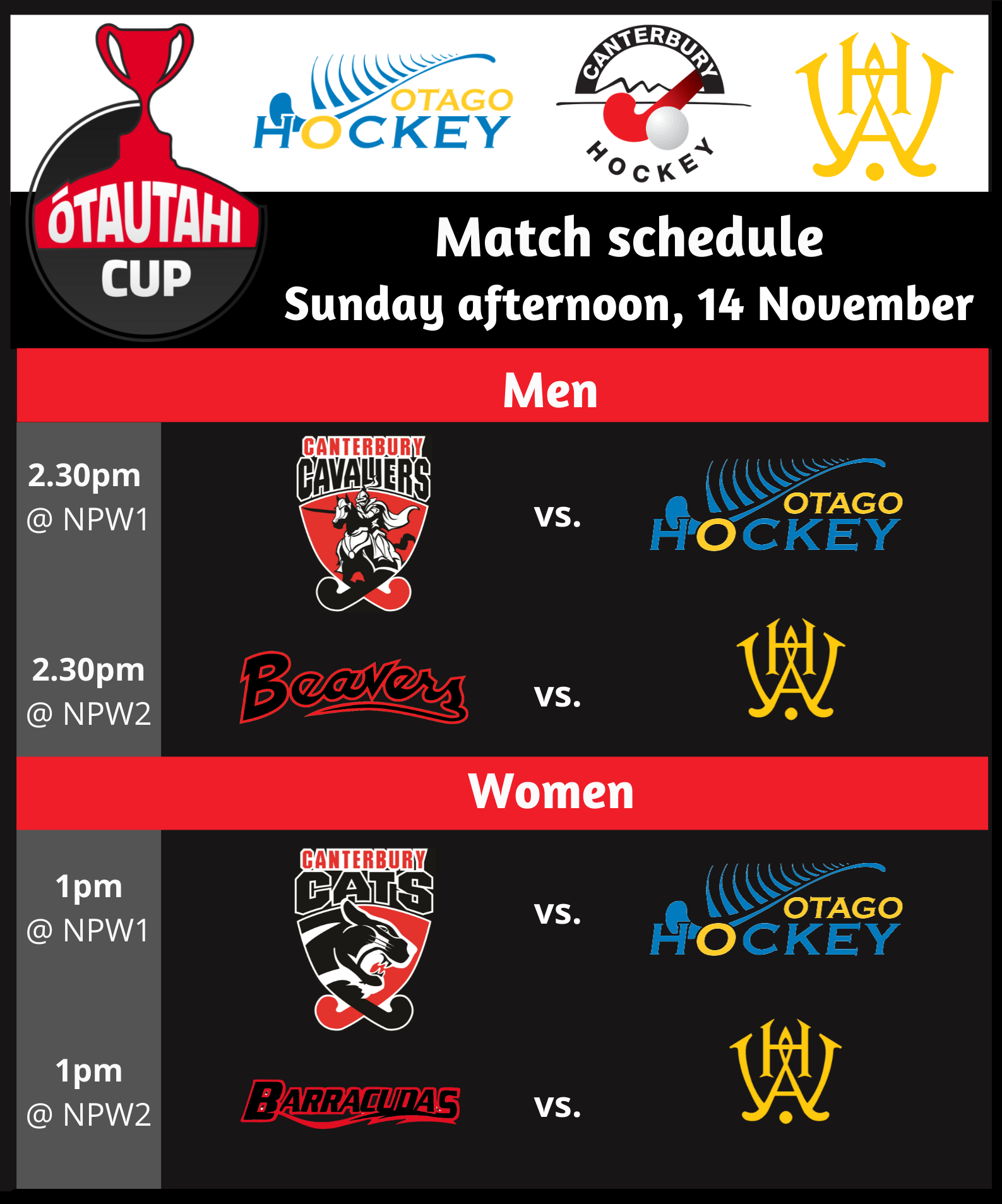