Harewood and Marist were celebrating on Saturday evening as the Canterbury Premier League (CPL) concluded with an action packed finals day at Nga Puna Wai.

Having captured the Rosebowl and Challenge Shield already, Harewood claimed the treble with a hard fought 2-1 victory over defending champions Carlton Redcliffs in the women’s final. Millie Calder scored the winner three minutes from fulltime, converting a penalty corner as the Hunters finally got ahead in the game.

Jenna-Rae McIntyre put Carlton ahead in the first quarter, touching in a penalty corner on the post, before Bella Ambrosius levelled things up just before halftime. The second half saw both teams create a number of opportunities, before Calder stepped up in the final few minutes to seal the deal.

The win gives Harewood their third title in four years, and they finish the season with 13 wins and just the one loss.

Marist went back to back in the men’s competition with a penalty shootout victory over Carlton Redcliffs in the final. 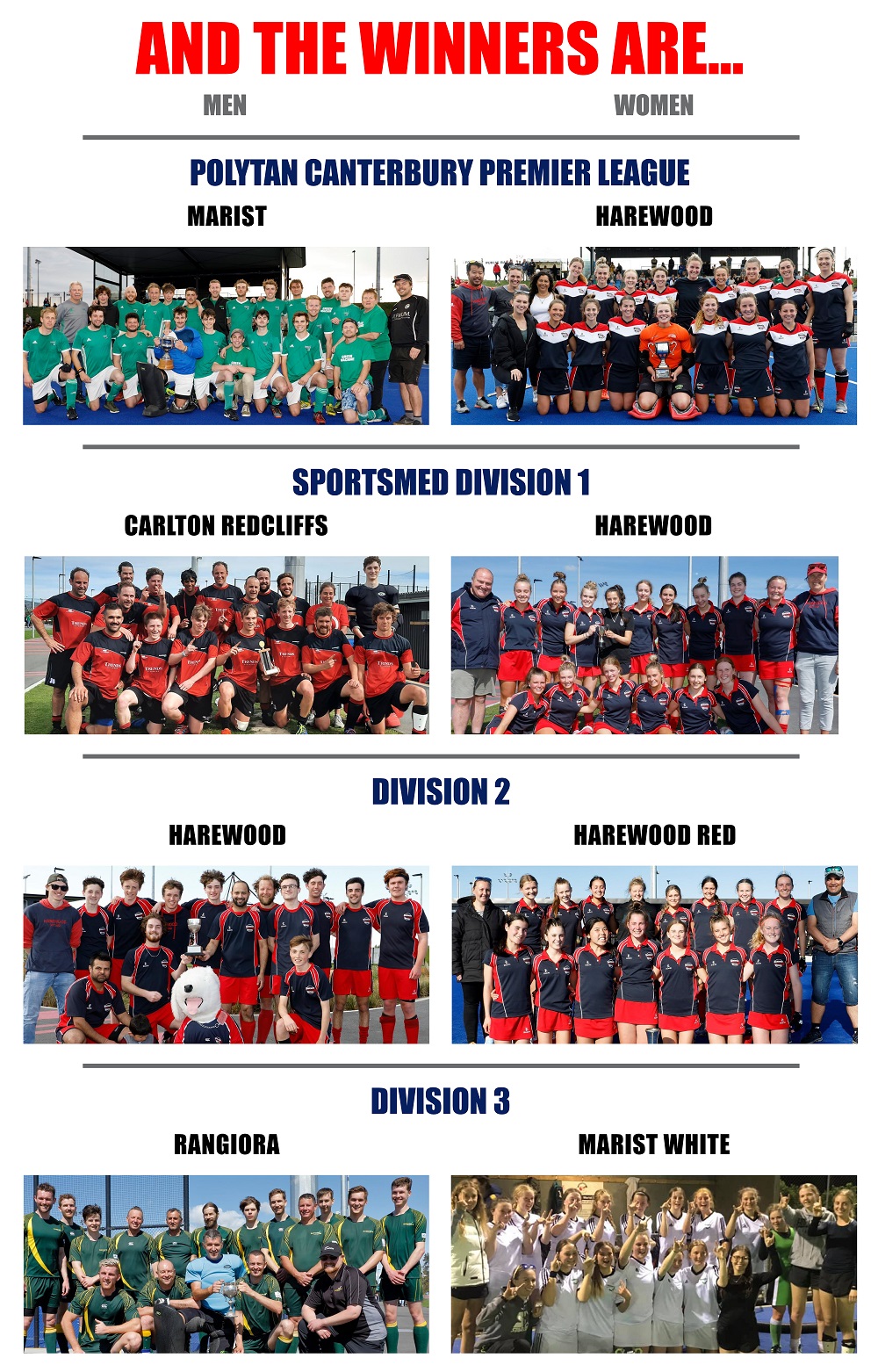