They say home town advantage is worth it’s weight in gold, but Timaru Boys have put this to bed as they enjoy a stellar run in the Canterbury Secondary School Premier (SSP) competition, remaining unbeaten in all six matches threy’ve played at Nga Puna Wai dating back to last year’s semi finals.

Having previously played their round robin matches in Ashburton, Timaru have been making the trip to Christchurch each Friday evening, and have picked up three wins and a draw from their four matches so far in 2020. With head coach Ben Grant patrolling the highway during the week, reports from some commuters suggest the team have their own police escort each Friday at the request of Grant in order to spend as little time on the road as possible without breaking the law.

Grant enjoys the trip the Christchurch, saying “the atmosphere at Nga Puna Wai on a Friday is outstanding, the boys enjoy it and they quite like playing in front of the girls teams as well”. Tonight’s match sees them taking on the other unbeaten side Christ’s College, who are a perfect four from four and sit two points ahead of Timaru on the table. 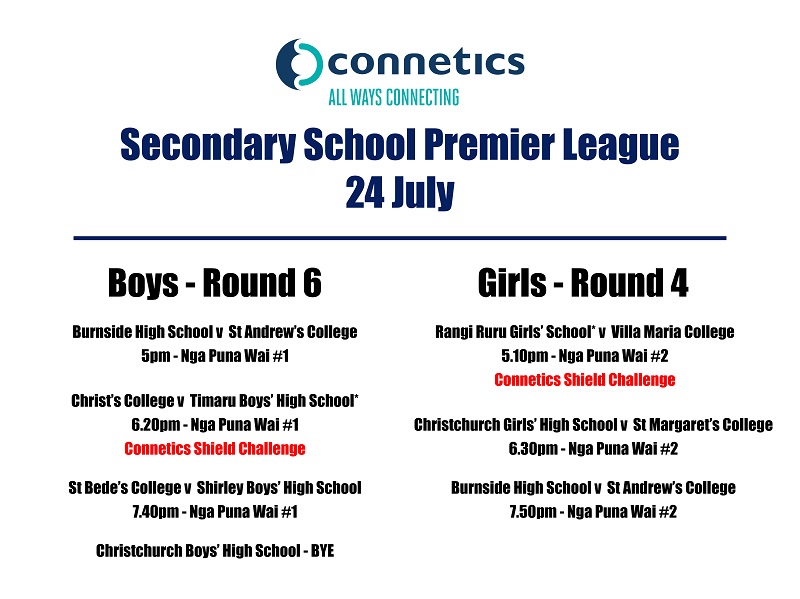