You are here: Home/ Club Information 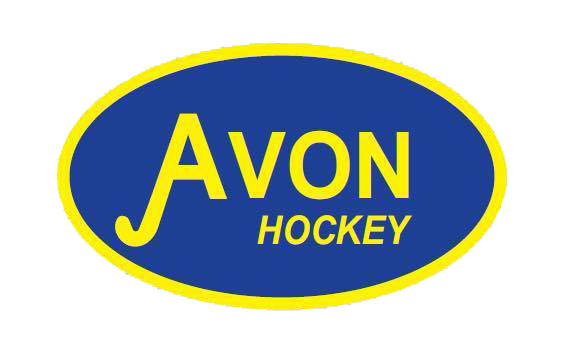 The Avon Hockey Club is situated in the eastern suburbs of Christchurch but draw members from all over the city. The Club also welcomes out of town students studying at Lincoln and Canterbury Universities and the ARA Polytechnic.

Hockey was played in the eastern suburbs as early as the 1940's and a number of these early clubs (Woolston and Pegasus) amalgamated over the years to form the current club. The Club also formed a partnership with St Michael's Church School in the junior space. The Club currently has over 600 members with Senior teams in CPL, Div1-3, Mid-week and Grass competitions, and 12 team across all the Junior grades. 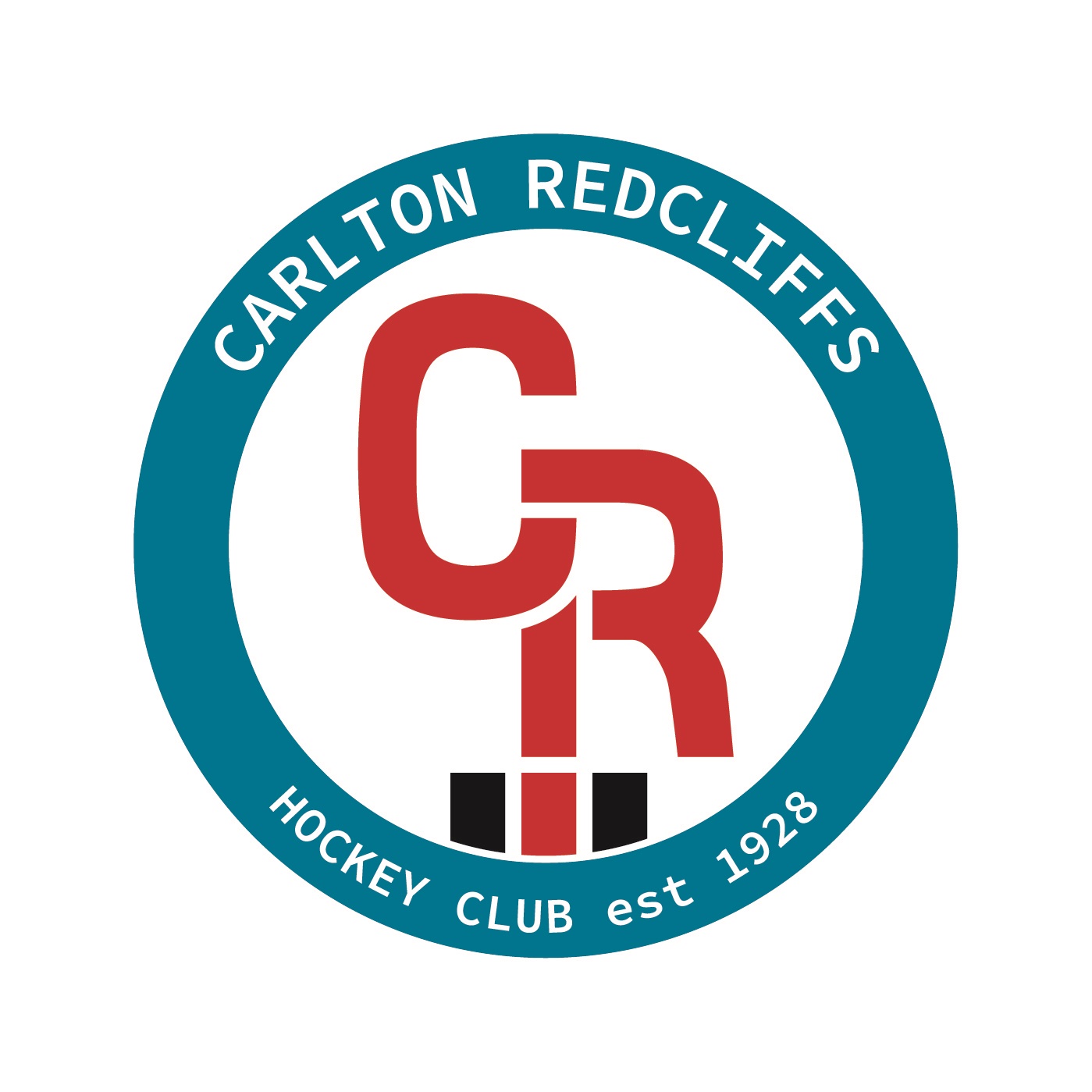 The Harewood Hockey Club is one of New Zealand's largest hockey clubs and caters for players of all ages and abilities. It boast many current and former Canterbury representatives and New Zealand internationals, as well as having a top junior development programme.

Harewood Hockey's home grounds are at Nunweek Park, where the artificial turfs are administered by Canterbury Hockey. 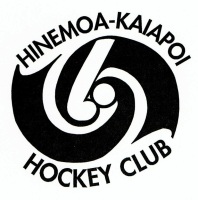 The Hinemoa-Kaiapoi Hockey Club has carried on the tradition of hockey at Kaiapoi Park since 1895. The Club is very proud of the own local Waimakriri Hockey Turf facility and the Kaiapoi mini-turf, ensuring members have the best facilities available.

They are a friendly club who believe in everyone getting playing time and developing a love for the sport. 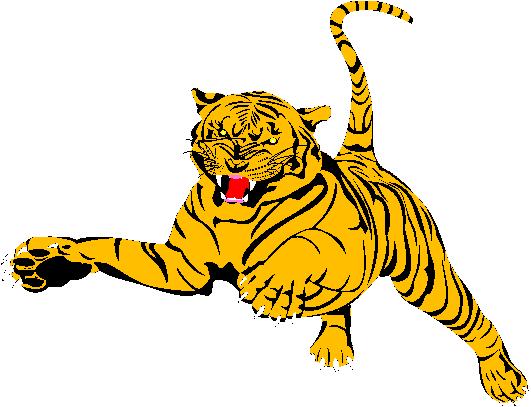 The Hornby Hockey Club is located in the Hornby suburb of Christchurch and draws its players from both Hornby and the large rural surrounding area to make us its 350+ members. They are handy to both Lincoln and Canterbury universities as well as the Christchurch College of Education and as a consequence have a number of tertiary students in their ranks.

The Club has senior men's and women's teams in CPL, Div1, 2 and 3, Platinum and Mid-week Open, as well as a women's Grass team. Hornby also field 12 teams across all the grades in the Junior Competition.

Hornby prides itself on their family friendly club which caters for all levels of hockey ability and has a large team of volunteers involved as coaches and managers throughout the grades. 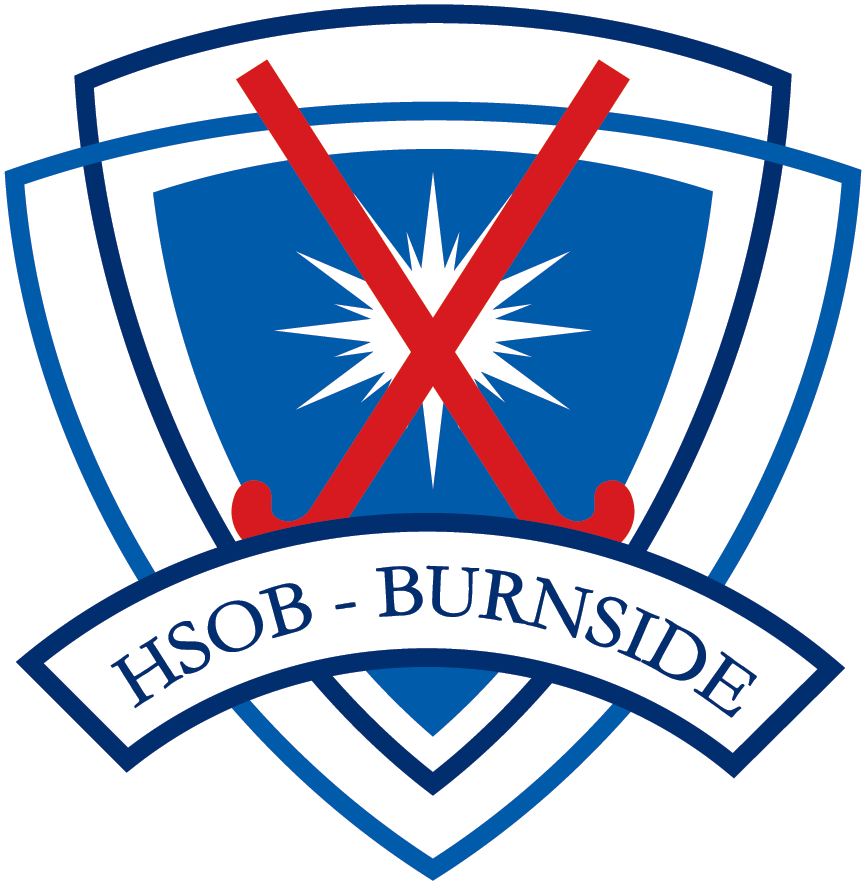 HSOB/Burnside, one of the most prominent hockey clubs in Christchurch, was formed when Christchurch High School Old Boys' and Burnside Ladies merged in 1989. The new enlarged club consisted of about 20 teams, thus forming the basis of the present-day club. Thirty years on and the club has grown to five men's teams, nine women's teams and 23 junior teams to make it one of the largest clubs in Christchurch in recent years. We have teams across all grades and are proud to have a significant number of HSOB/Burnside members representing us at a national level. We are a fun, social and family friendly club and new members are always welcome. Our club rooms are located at the Elmwood Club rooms at 83 Heaton Street, Strowan. 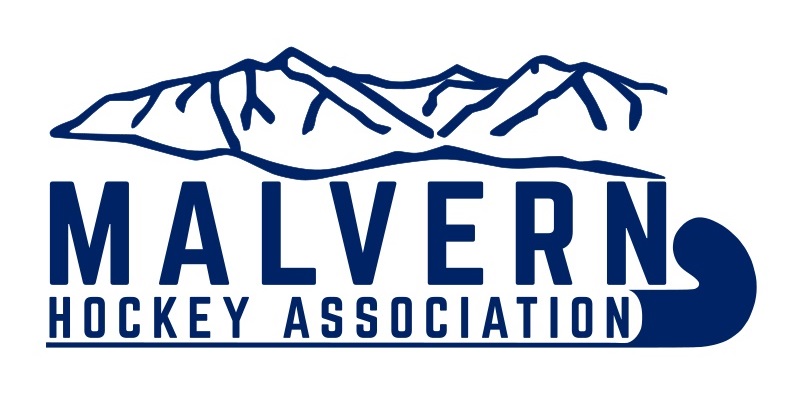 Malvern Hockey has proudly been in existence for over 100 years. The Club is based in the west of the Selwyn District with its main area being Darfield.

All trainings for the club are held on the local High School all purpose turf, while games are played in Christchurch in the Canterbury Hockey competitions.

Malvern Hockey is a small but friendly club currently with a Senior Div2 men's team and a Senior Mid-week women's team. They also have a number of junior teams ranging from 4-13yrs old.

The main focuse of the club is rebuilding the junior participant numbers and they have strategies in place to do so with local primary school and specific junior coaching classes. 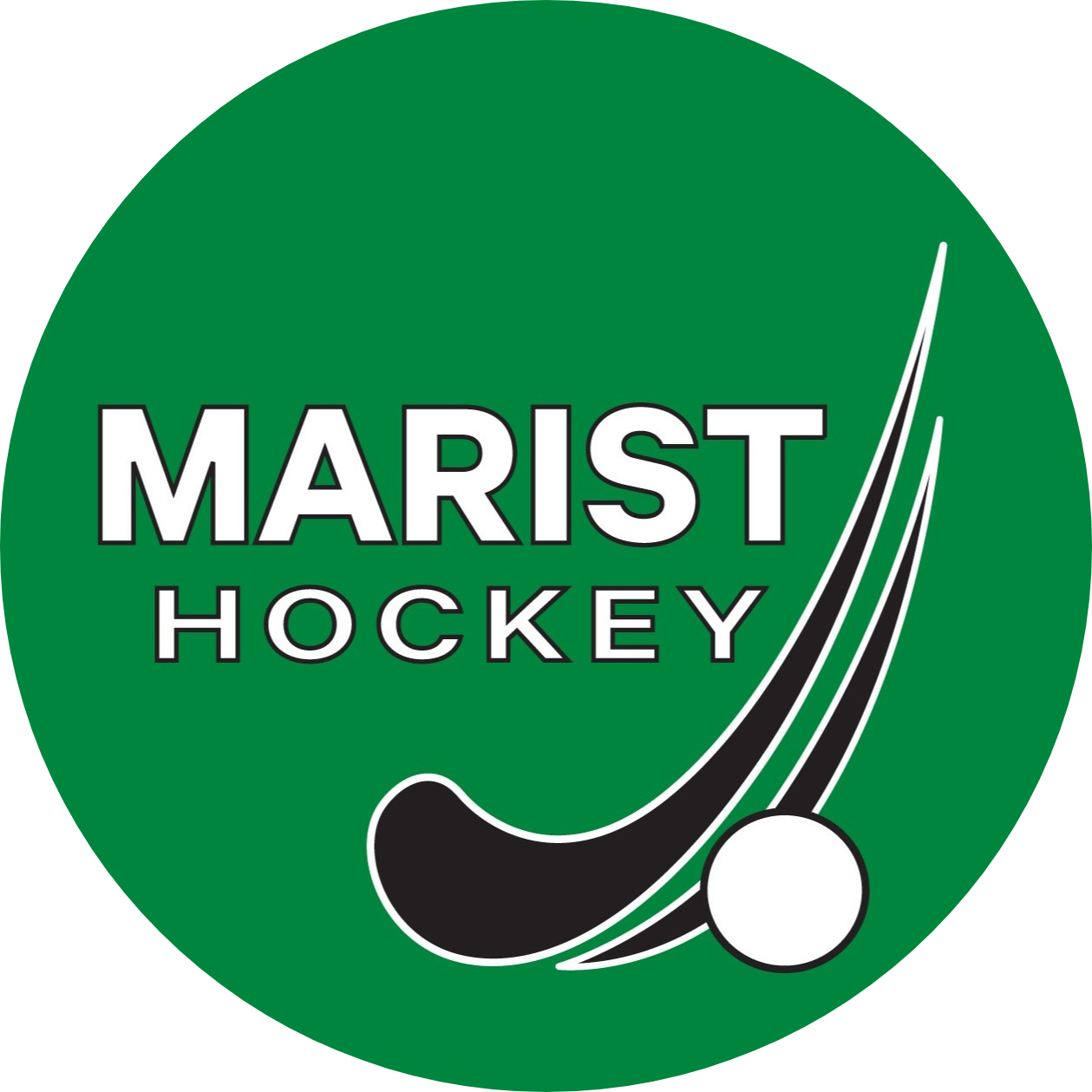 The Marist Hockey Club was formed some 20 years ago under the name of St Joseph's Hockey Club. The Club's purpose is to foster the sport of hockey by providing opportunities for the wider Marist community to engage in competitive hockey throughout the grades.

The Club is based at Marist Park, located in Redwood Christchurch, and draw players from all across the city to train on their water turf.

The Club enters men's and women's teams in the CPL and Div1 competitions and a women's team in Div2, as well as Mid-Week Open teams. They also field teams in all Junior and Platinum grades.

The Rangiora Hockey Club is one of New Zealand's oldest hockey clubs and in recent years has become one of Canterbury's fastest growing sports clubs. From just six teams in 2010, Rangiora Hockey Club grew to boast 27 teams in the 2019 winter season, and with the recent construction of an international quality water turf and a mini-turf in Rangiora this growth looks set to continue.

The Club enters teams in all Junior and Platinum grades, Senior Division 1-3 men's and women's teams and Mid-week Open teams.

Junior trainings are held at Dudley Park, while all other teams train at the MainPower Waimakariri Turf. Both located in Rangiora.

Rangiora Club always welcomes new players in all grades and is especially looking for more players in Division 1 and 2 grades as we aspire to enter teams in the CPL in the near future. 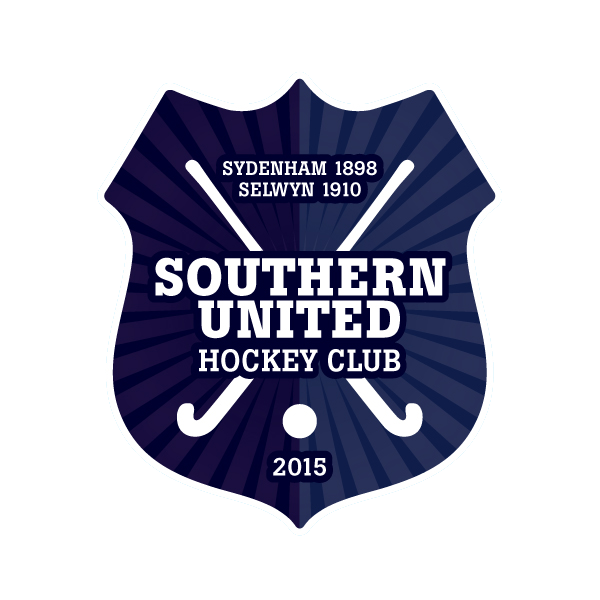 The amalgamation of Selwyn Hockey Club and Sydenham Hockey Club in 2014 saw two of the most decorated and historic clubs in Christchurch combine to form Southern United Hockey Club.

Like a family, we welcome new members in, we have teams available in almost every grade and for any skill set.

With over 210 years of combined history we'd love for you to be a part of building the next 200 years, Welcome to the family, this is Southern United. 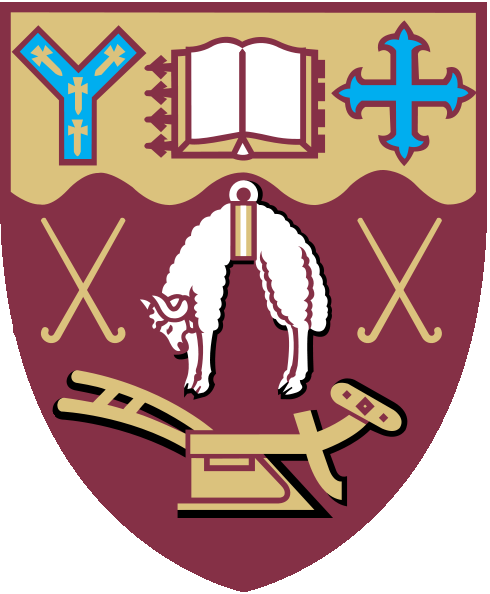 The University Hockey Club has nine decades of experience providing and supporting hockey players from the tertiary institutes of Christchurch. Their players enjoy the commitment of quality coaching, like-minded peers, socially active club and competitive opportunities.

The Club celebrates success and commitment in a hockey environment that caters for player welfare, meets the learning and working needs of a wide range of players, while also recognising the distinct student culture and range of player diversity.

Waikirikiri Hockey was formed in 2016 in response to the population growth in the Selwyn District. The Club is based at Foster Park in Rolleston and in 2019 we were the 5th largest junior club in Canterbury with 22 teams competing in competitions.

The Club caters for all ages of players and enters teams in all Canterbury Hockey junior competitions, as well as Senior Div2, Platinum, Mid-Week Open and Masters. Waikirikiri als runs a local social 5-aside competition at Foster Park in Rolleston.

Waikirikiri has a club focus on the development of players, coaches and umpires. We have a coaching and umpiring framework in place for the club and we believe that excellent coaching is the key to success. We are a fast growing club and are always interested in new coaches joining the club. We run free skill development sessions through-out the year and are part of the end-of-season development tournament Selwyn v North Canterbury.