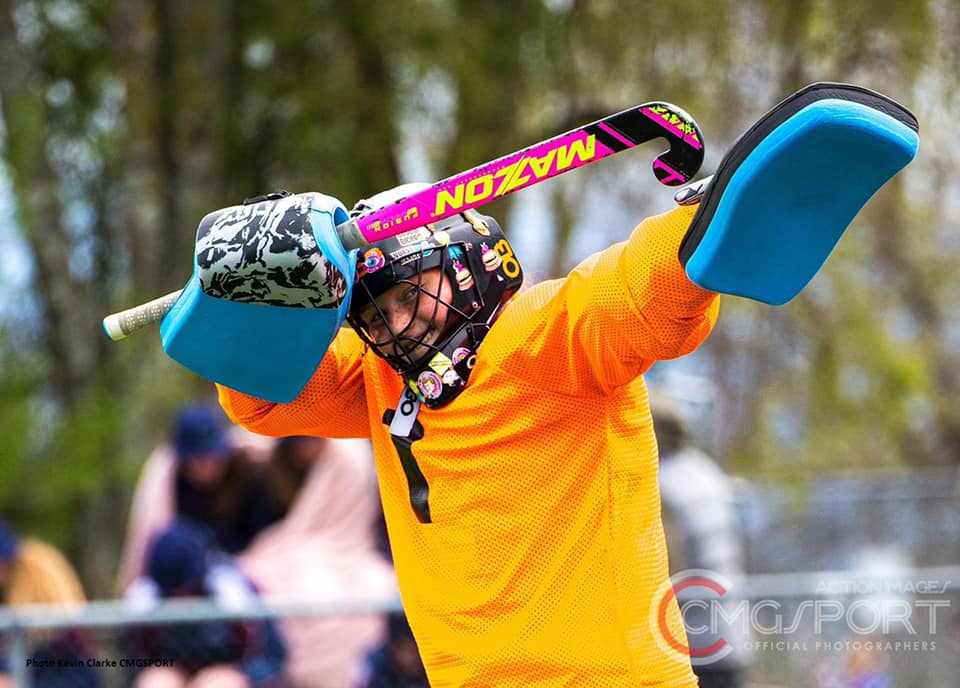 Canterbury Hockey has successfully hosted three U13/U15 development events in quick succession, totalling over 150 games with teams from across the Canterbury region and the South Island participating.

The U13 Regional Festival was phase two of the U13 Extension Programme, which was a development opportunity to extend year 7 and 8 (under 13) athletes, and coaches and umpires of this age group beyond the experiences they receive in club/school hockey (read about how phase 1 went here). Phase 2 was about putting the skills and concepts into practice in a tournament setting.

A total of 27 teams took part, some playing 7-a-side and others 11-a-side, and participants from South Canterbury and Mid Canterbury played our U13 teams. A total of 57 games took place throughout the festival and over 315 athletes attended.

The U15 Districts Festival was phase 2 of the U15 Extension Programme (read about how phase 1 went here). Whilst the second day of the festival had to be postponed due to dangerously high winds at the already-often-windy Ngā Puna Wai, the festival was a success in the end.

It began with a hockey 5s event, where teams were split into Canterbury playing districts of North, South, East and West to play a mini tournament on Friday night. This was followed by a mixture of 11-a-side games (Canterbury Town vs Country), shootout practise and skills tests on Wednesday evening, after Saturday’s (25 September) postponement.

Despite the (sometimes heavy!) rain, grey skies and chilly southerly winds, the U15 South Island Festival was a high-spirited, busy five days where teams from Mid Canterbury, South Canterbury, Nelson, Marlborough, West Coast, North Otago, Otago, Central Otago, and Southland played against our U15 teams, as well as against one another.

The athletes were supported by some enthusiastic spectators who braved the cool weather and donned supporter gear. One Southland supporter had a vuvuzela in hand (the horn that became (in)famous during the 2010 FIFA World Cup in South Africa!), another supporter dressed as Laa-Laa the Teletubby, and others were wrapped in blankets with a hot drink in hand.

430 athletes competed in this tournament, split across 27 teams, and 84 games were played. There were five different playing groups, and the winners of each are below:

Canterbury Hockey would like to thank our staff who organised these tournaments, and all of the players, coaches, officials and supporters for their participation. Thanks also to Kevin Clarke of CMG Sport Action Images for taking the photos. 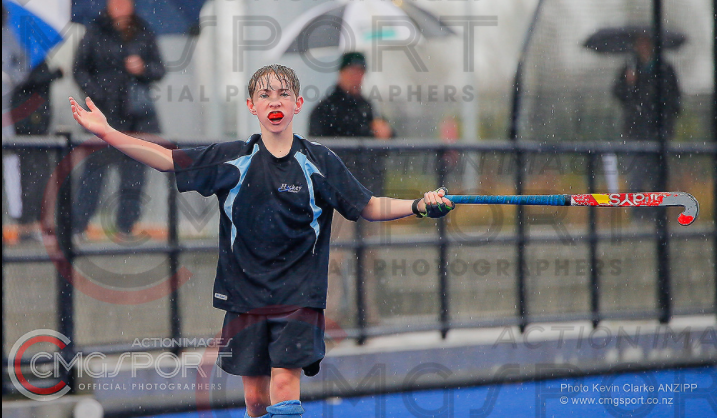 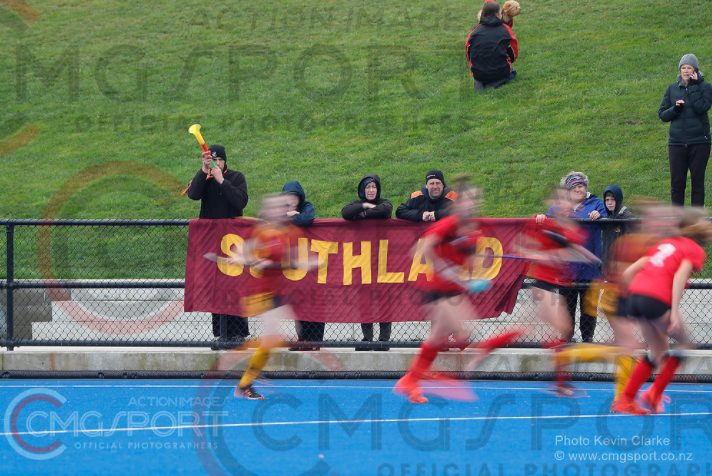 A low, drone-like sound from the vuvuzela could be heard during the U15 South Island Festival girls Canterbury vs. Southland game! 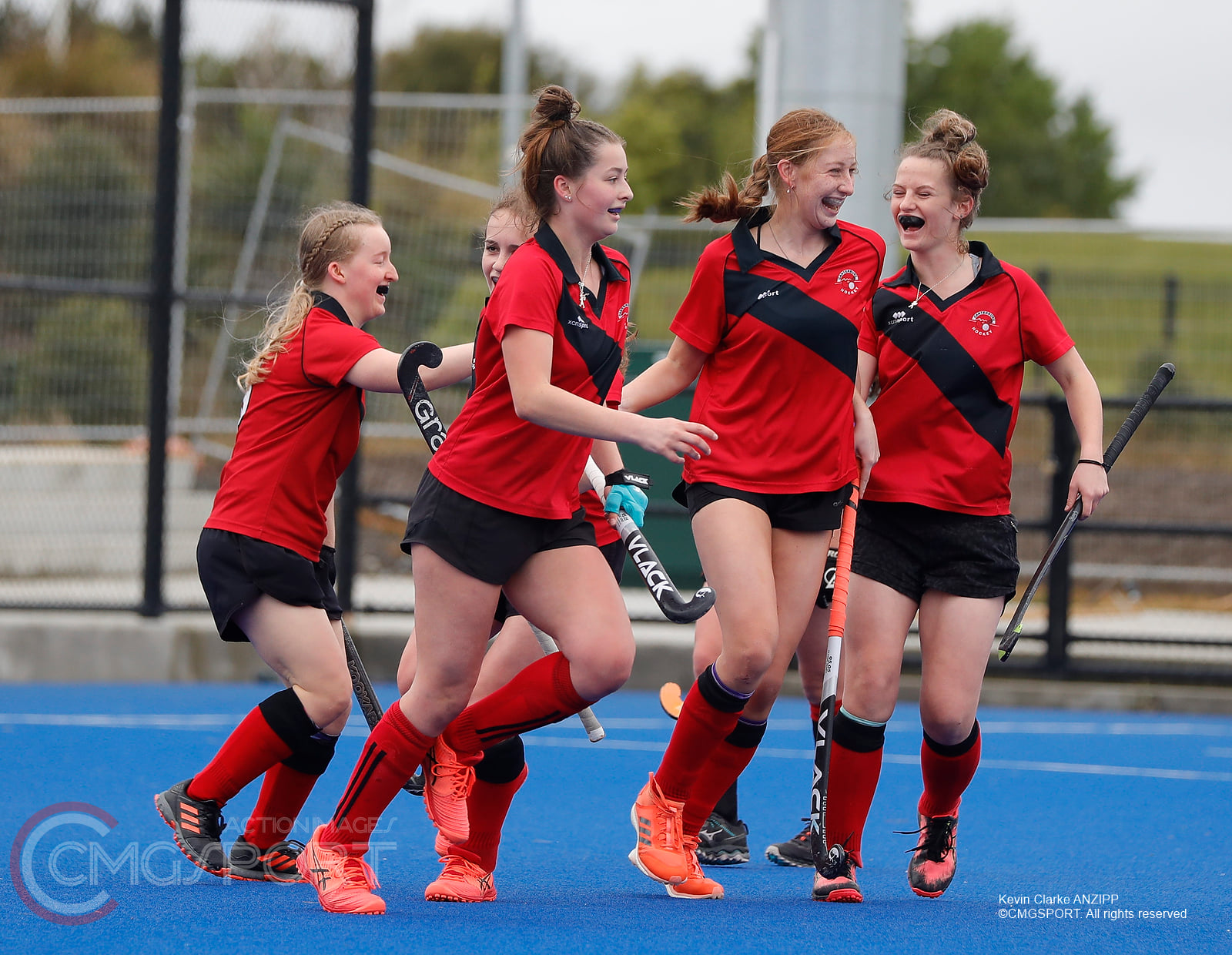 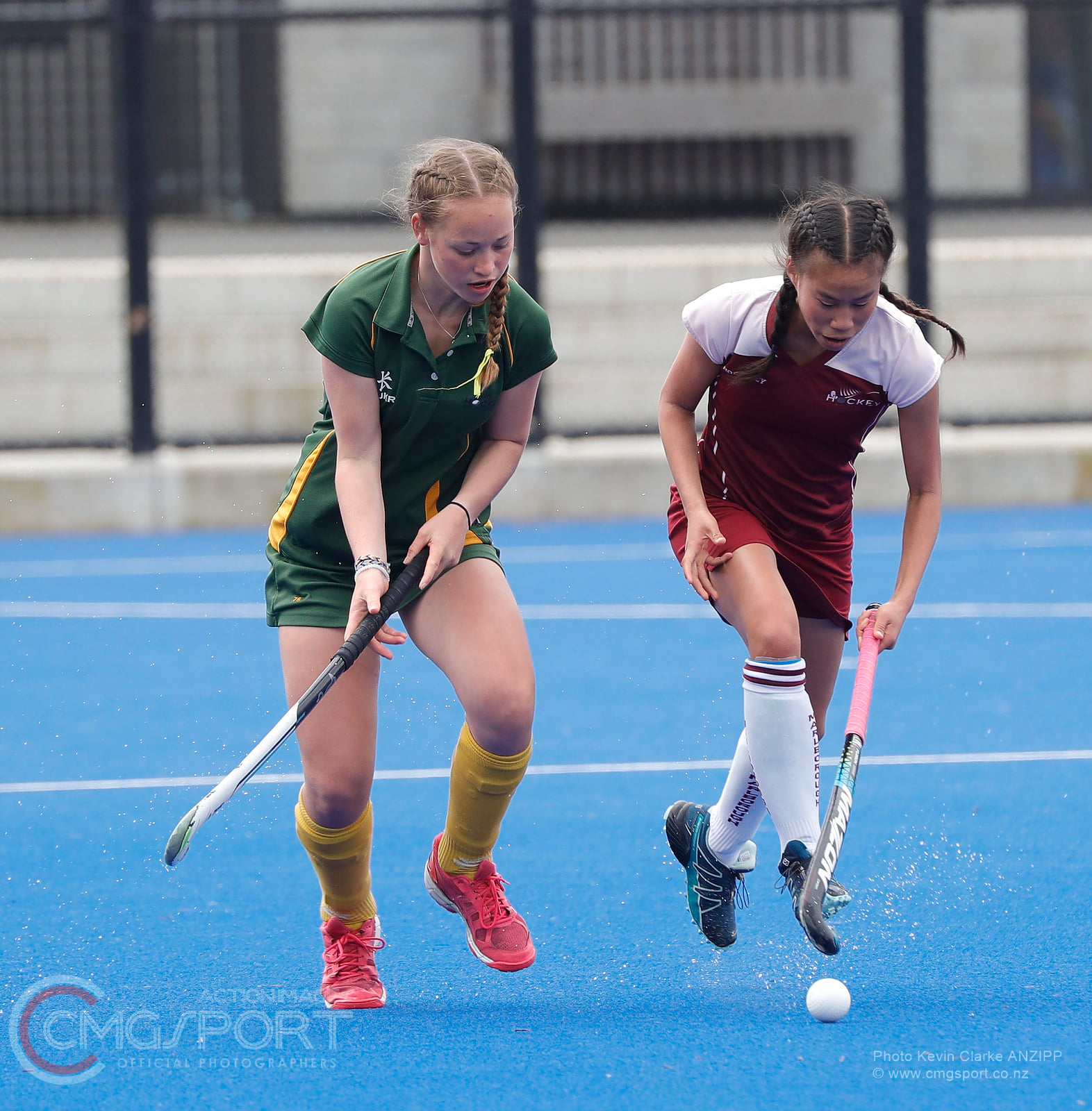 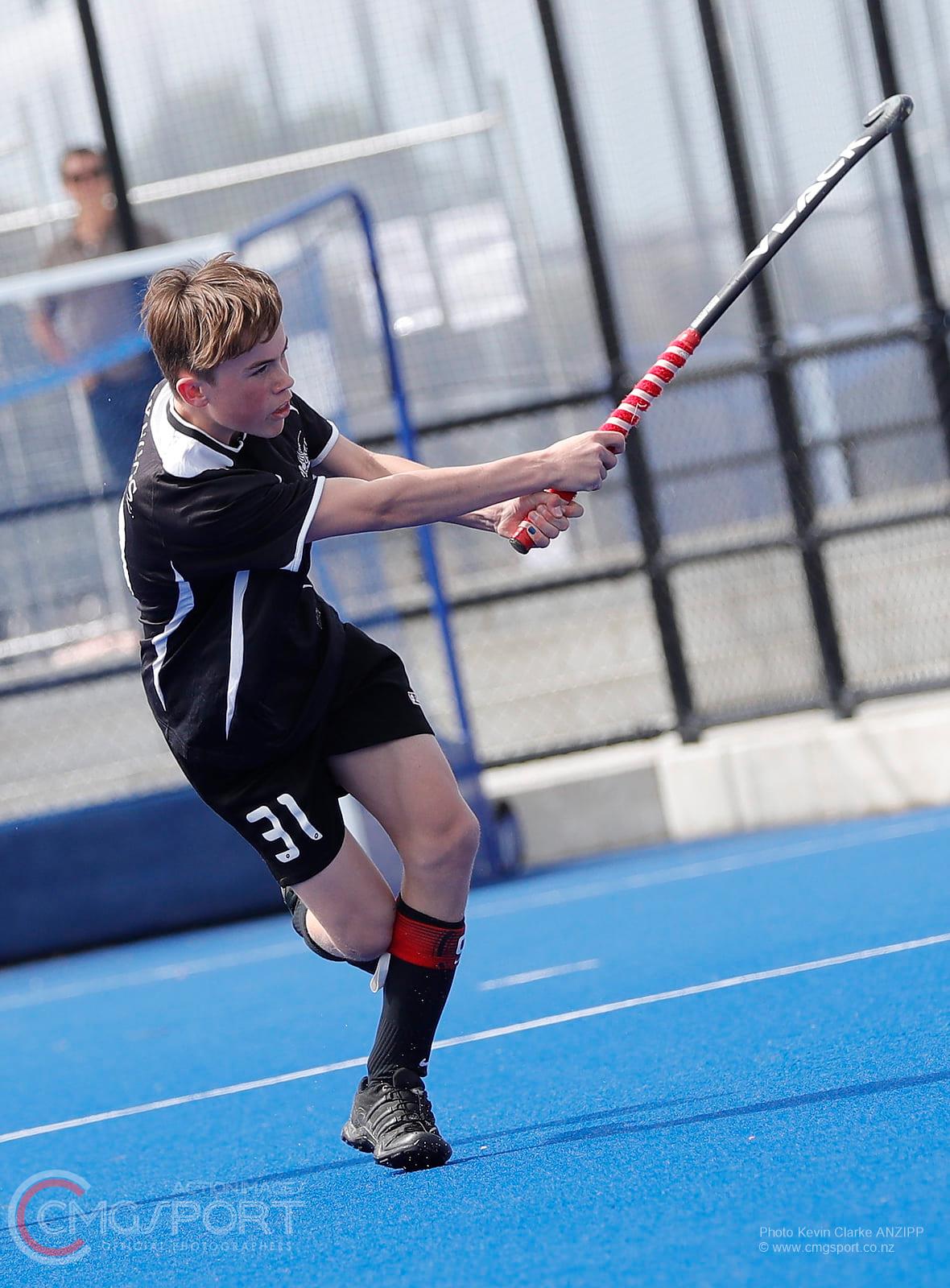 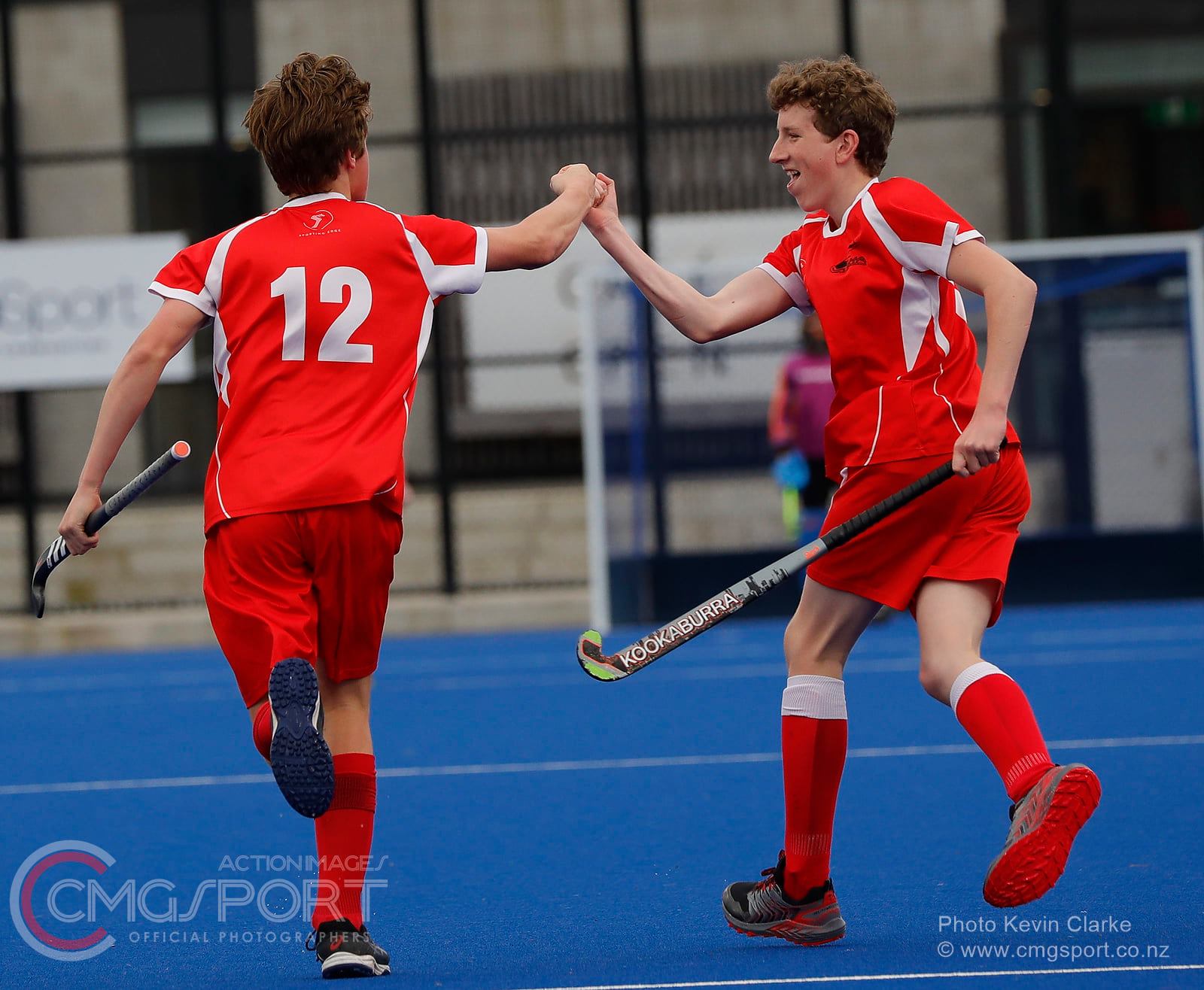 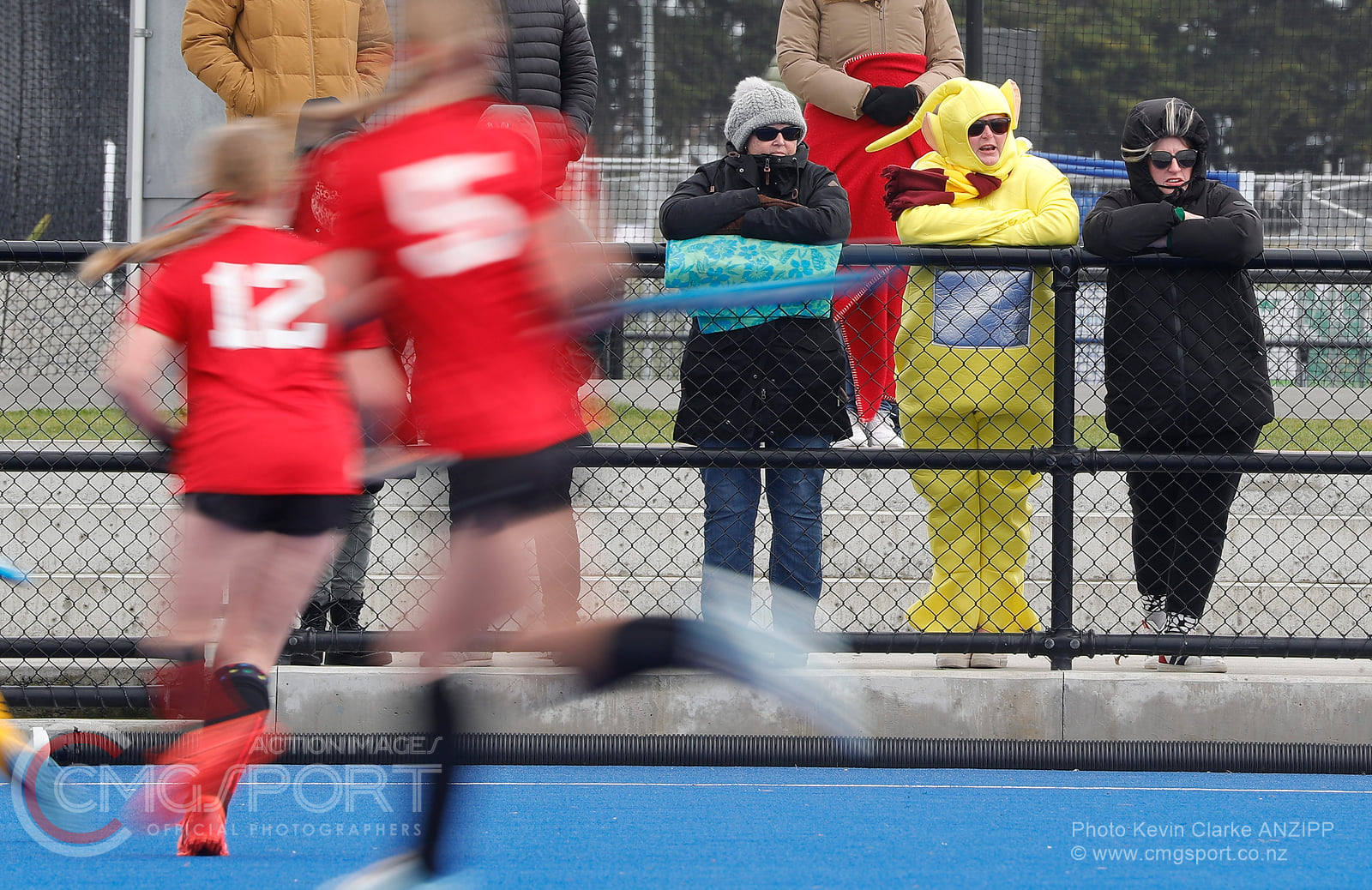 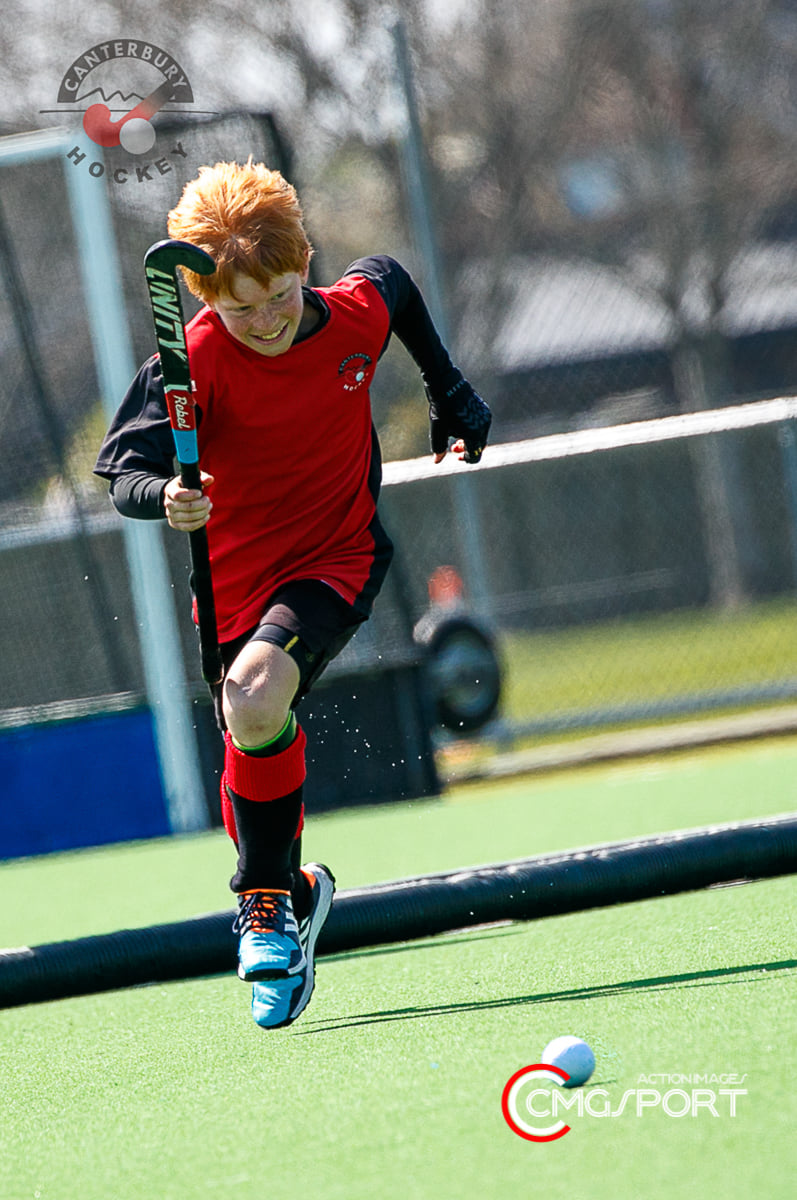 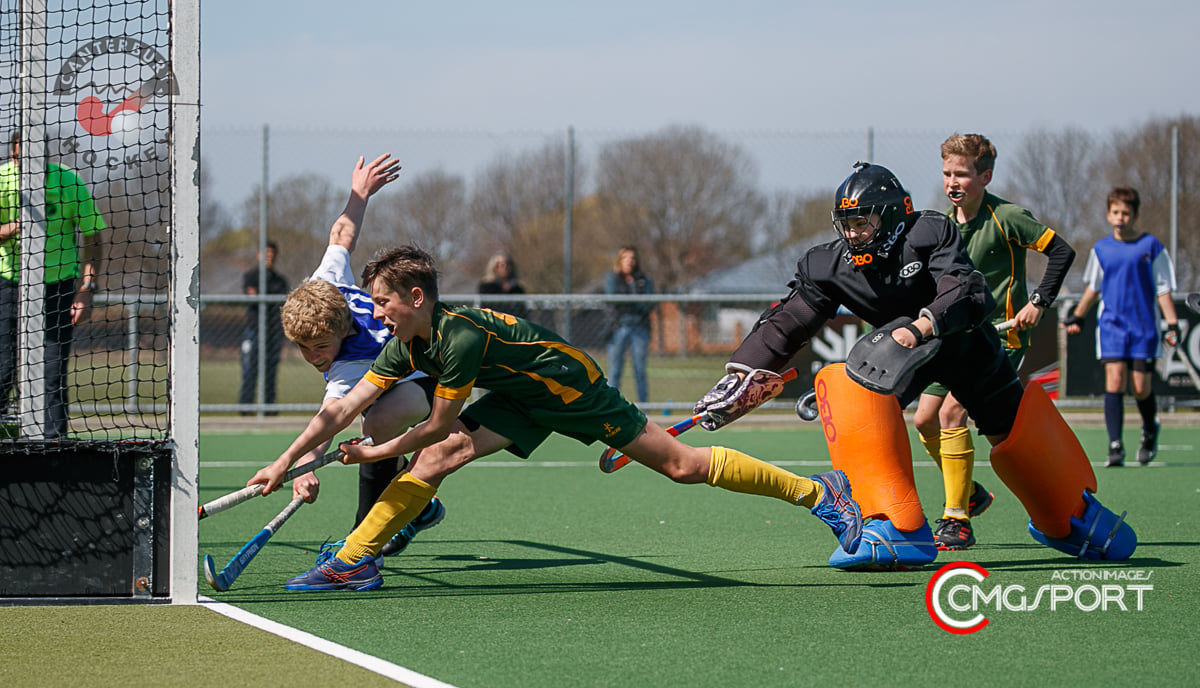 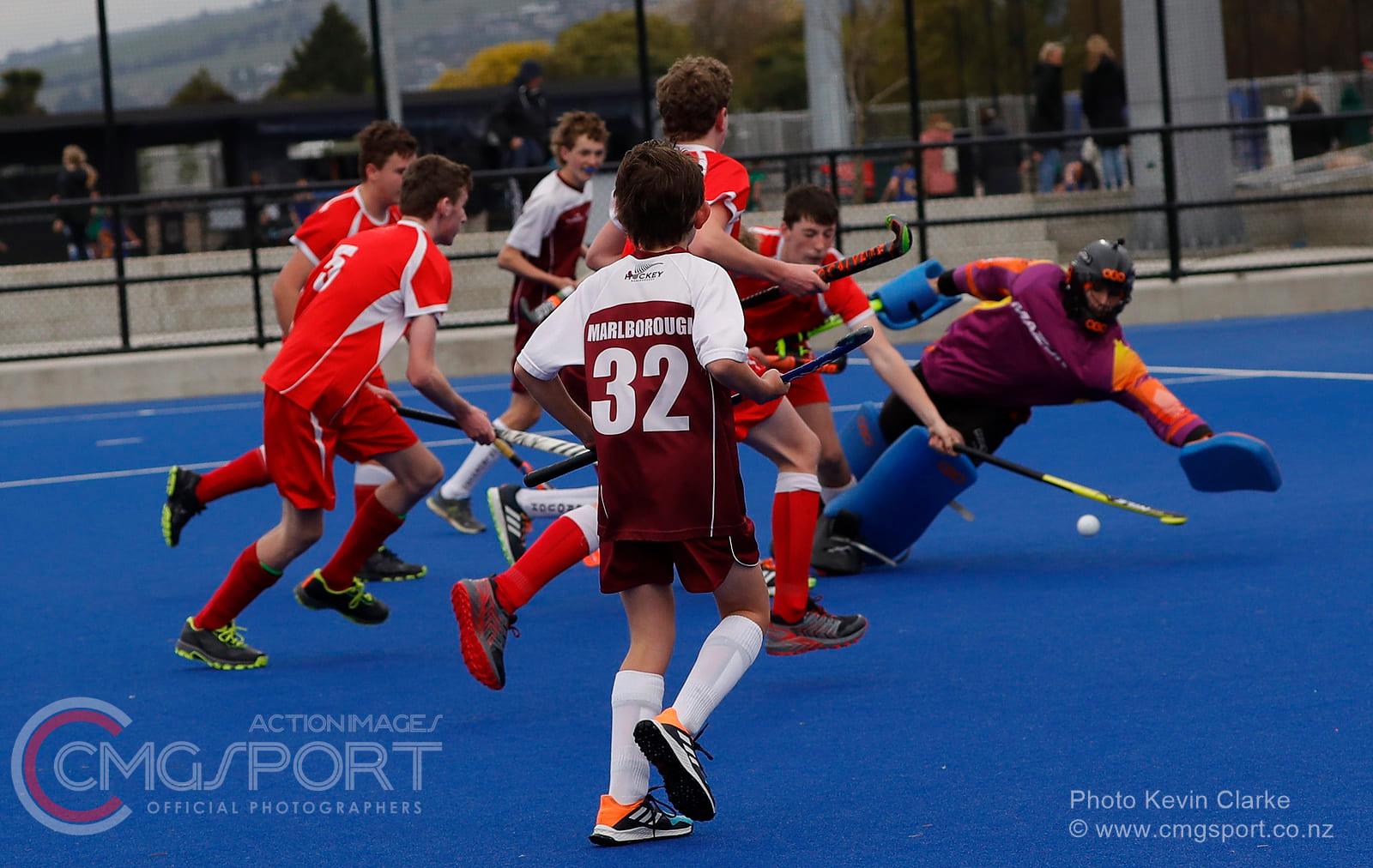